What’s the Real Reason Why Wearables Are Struggling to Become Fashionable? 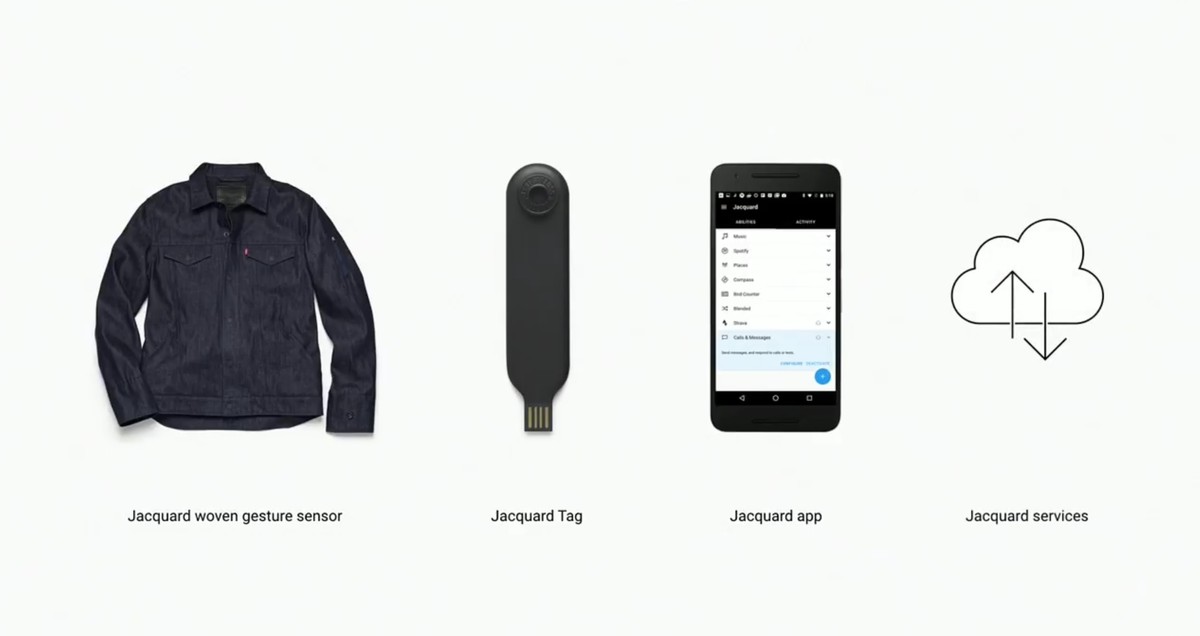 For the last few years, wearables have been trumpeted from the rooftops as The Next Big Thing in fashion. Yet while sports enthusiasts have a plethora of wrist-worn gadgets to choose from to count their steps and heart rate, actual fashion clothing imbued with tech which does anything more than that is yet to flood our high streets. Why is this, and when will it make a breakthrough?

So far, wearables have been primarily targeted to the fitness, health and tech enthusiast market. This might be down to the runaway success of health tracking apps like the Fitbit, one of the first wearables to capture the public imagination.

The Fitbit was an original concept which proposed and then answered a need. Of course, pedometers were already in existence, but not exactly cool. With the Fitbit, you could wear a sleek wristband and it would help you to get fit just by walking. With its step counter, it would tell you when you had walked enough. As an added incentive to keep wearing it through the night and into the next day, the wristband also tracked your sleep patterns, and all the information could be viewed in one place via an app.

DIFFERENT BUT THE SAME

The Fitbit was a hit and still is. Since it worked so well, the same ideas are being recycled with minimal variation. The tracking features (step, heart, sleep, GPS) of the Fitbit have been added to t-shirts, with companies like Ambiotex, and into pretty, less sporty looking casing, as with tech jewellery firms Ringly and Wisewear. It seemed to work for a while, but ultimately, both of these companies have folded.

Another market segment which has made good use of wearables has been mobile phone companies, specifically Apple. When Apple made a big splash with its Apple Watch, other companies followed, and you can now get smartwatches from many brands. They essentially act as a handy extension of the phone itself, giving notifications of messages received or incoming calls. Again, this idea has been extended into other “casings”, including Google’s collaboration with Levi’s, adding a sleeve cuff with integrated touch sensors and a clip-on Bluetooth receiver to a denim jacket, to notify of messages via haptic vibrations and control music via the touch-sensitive panel on the sleeve.

However, these wearables aren’t exactly a breakthrough in either technology or applications. And worse than a lack of imagination in bringing new products to market is, perhaps, a lack of capitalisation on their potential. As Clayton Christensen notes in The Innovator’s Solution (2013),

Entrepreneurs need to start thinking of what jobs customers need to get done, rather than repeating products for which data is available.

BREAKING OUT OF THIS MOULD

That’s not to say that innovators have not invented some good wearables. The medical market has found heat-sensitive thread useful to make socks, Siren, which can help people take care of diabetes or monitor a baby’s temperature by Owlet (below). There are UV sensitive bikinis which can tell you when you’ve been in the sun too long, and, as we explored in our previous article on sustainability and blockchain, a thread has also been invented which can be woven into garments and carry information, in this case about the garment’s origins.

These are all good, sometimes great ideas. But still, a fashion wearables revolution has evaded us. What’s behind this?

Jawbone, the company famous for its beautifully designed wireless Bluetooth speakers which were once dubbed “America’s favourite speakers”, had a very successful business with its audio offering. However, they also later attempted to emulate the success of Fitbit with tracking gadgets. The rivalry was so fierce that a legal battle commenced between the two companies when Fitbit employees were accused of stealing trade secrets from Jawbone. Shortly after that and after a year of financial turmoil at the company, Jawbone went into liquidation. However, the company may yet spring up again in another guise, as it is apparently trying to pivot into medical grade trackers for the healthcare industry instead. This is an excellent example of a company attempting those phantom targets and failing. Yet they have certainly learned things along the way, and one of those things might be where the profitable target for a heart rate monitor is.

In some cases, these products have failed because of apathy towards the idea. We don’t want or need it after all. For example, when Hahna Alexander, the founder of SolePower, invented a shoe that can charge your phone while you walk, she found that people simply preferred to carry a spare battery. She didn’t waste time or money in launching her revolutionary product to consumers but quickly pivoted to a different audience. Though the average man on the street may have space for a spare battery and not mind the extra weight, the military turned out to be a more targeted demographic and Solepower has since applied its patented kinetic energy technology to lightweight boots for the US Army, for which it has won two contracts. It wouldn’t be a surprise if what is now “military-grade technology” filtered back into the high street eventually after all.

WHAT IS THE FUTURE OF WEARABLES?

The failure of the companies mentioned shouldn’t be taken as an indication that consumers don’t want wearables. But nor should the continued success of the Apple Watch or Fitbit be taken to mean that they simply want more of the same.

Instead, it would be wise to look towards the technology itself and its capability. Just as a consumer-grade heart monitor has morphed into a medical-grade device after a long “trial” of consumers purchasing and using them, the refinements in reliability means that wearables could be taken far more seriously, perhaps in medical, military or space settings, where accuracy is vital. Following that, the wearables will come back to the consumer in an even more accurate and user-friendly iteration. At the same time, as with any technology, the price will come down. In a trickle-up-trickle-down effect, this could well translate into accessible at-home medical monitoring devices or similar.

In the meantime, the Apple Watch and Fitbits will enjoy their sovereignty for some time to come.

Back to Blog
latest news

What makes a successful fashion tech startup? We explore here.

Where Will Fashion Tech Head in 2020?

What explore what will be the top fashion tech trends in 2020.